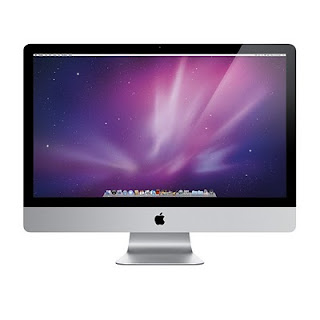 As a trained Photojournalist I try not to judge or be judged. I have a sensible haircut, no tattoos, no Bling and avoid branded clothes. I admit to no allegiances, except one. I am a Mac Man. In 2002 I was sent on assignment to San Francisco by The Face Magazine to document a Mac convention. Computer geeks! I thought and was prepared to be unimpressed. Witnessing Steve Jobs casually attired in black long-sleeved top, washed out Levis and rimless glasses unveil the iMac G4/800 to a crowd of whooping disciples tweaked my interest. I trotted off to shoot a portrait of fellow Englishman Jonathan “Jonny” Ive, Apple’s then traditionally media-shy Vice President and chief designer. He was the personification of cool and gently imparted the merits of Mac with remarkable lucidity. By the end of our session, I’d been truly bitten by the Apple.

8 years later and I’m eagerly awaiting the delivery of a 27-inch iMac to my home. With a minority share of the market, Apple doesn’t want their computers to be seen as a luxury item. This is difficult to implement. I un-box the contents with the same jittery fingers that unzipped my wife’s wedding dress. I lay the contents out for inspection. There are 3; screen, keyboard box (also containing the mouse), plug. The thrill is comparable with being seated on a First Class flight anticipating the delights ahead. From delivery to start-up takes less than 10 minutes and I’ve taken my time. The Galaxy screen saver dissolves into view with pinprick clarity. I flinch for my shades. In haste I check the electricity meter. It’s clicking round at the usual daytime rate. I sit down, breathe in and click the 7th icon of the 22-icon tool bar. Aperture 3 bounces into operation.

The previous afternoon I attended an Aperture course at UK Apple HQ. Sitting in the waiting room I pondered if my review would be one of the Maccolades being flashed up on the wall. The Aperture Product Manager shadowed by an impossibly crisp Apple PR skipped with zest and fluidity through the MacAp combination. There was a tonne of information. I had difficulty absorbing the lunchtime drinks menu in the Slug & Lettuce but remained focused. I’m new to Aperture and am reliably informed it has 200+ new features including Places, a feature that allows you to explore your library based on where your photos were taken using an extensive Geotagging system. Reverse geocoding translates GPS coordinates into proper place names. Photos with GPS are automatically plotted on the interactive map. If your camera doesn’t have GPS it can be extracted from an external device including an i-Phone. Men like maps, Photographers like to travel. It’s the perfect addiction and one you can feed by constantly pinning where you’ve been and gloat to any ear that will listen. Places provide useful information when key-wording images for stock and searching the archive for a destination specific request from picture editors.

Clicking on Faces a corkboard flicks on screen with 3 Polaroid’s tacked to it that remarkably manages to placate every gender and ethnicity. I haven’t seen so much corkboard since my bathroom of 76’ and am comforted by the memory. Faces make it easy to locate people in your library using automatic face detection and recognition. Each face you confirm helps Aperture find even more photos of that person, in effect, becoming smarter and smarter the more you use it. Alternatively you can choose not to tag that tiresome Uncle or irritable Aunt. A welcome tool but one I’ll leave for the family album hobbyists.

Back home with a crammed head I decide on a streamlined process of evaluation. To set myself a project and test the MacAp combination to see if it really is . . . ‘THE ULTIMATE DIGITAL DARKROOM’ - from the point of assessing workflow, speed of use and output etc. Before I get to work my daughter interrupts “Oh my word Daddy, can I play Club Penguin?” She does and takes to the interactive world of Antarctica with aplomb. The volume is adjusted to 1 notch above half way providing the crystal clear surround sound of Penguins at play. I interpret her ‘coos’ as admiring the 16:9 aspect ratio of the environmentally friendly backlit 27-inch LED display and ‘aaahhhs’ as appreciation for the 1000:1 typical contrast ratio delivering sublime detail from every angle.

She’s off to bed and I’m back to work. Surveying the wireless desktop is satisfying. The keyboard, so often a fixture parked directly in front of the screen is pleasingly mobile, light and low profile. Not a consonant is dropped as I tap away from the sofa on the other side of the room. It’s apparently effective from 33ft away but I live in a London flat and would have to involve my neighbour to confirm. The Mac mouse feels a little clunky. The design is as you might imagine the prototype of a panty liner to be. It has the tactility of a shoe- horn I made for Mother’s Day at Secondary School in Design & Communication plastics but it does the job and the weight is spot on. As my time with the magic mouse runs up the clock it becomes a welcome accomplice.

Aperture 3 supports RAW formats from more than 150 digital cameras and backs. Disappointingly the previews are Pixelated. Even on the largest preview setting it’s difficult to assess which RAW file to edit for import. I might be playing the fool but can’t find a solution. Each file has to be double clicked to check clarity of content. The checked files are imported flawlessly and fast. Working on the files Aperture 3 begins to excel. You can flick seamlessly between images and the adjustment inspector. Enlarging RAW files up to 1000% gets you right into the lap of the image. Sharpen, saturate, curves, retouch, colour balance, brushes, job done. An image that usually takes me 10 minutes to tweak is halved. In addition to ready-to-use adjustment presets you can apply your own adjustments and save them as custom Adjustment Presets to shave off even more time. A nifty little feature worth a mention is the ‘Focus Points’ overlay which highlights the active point when the shutter was released.

The new non-destructive brushes are a revelation. 14 highly responsive quick choices can paint in an adjustment with a few clicks working on the tiniest area to the complete image with ease doing away with the need to master difficult filter and layer settings. You don’t even need to click OK to apply the adjustment, just adjust and move, adjust and move. I manage to eat my kebab with one hand while dodging, sharpening and saturating with the other. After a while enhancements become precise, intuitive and fast helped by the one click built in edge detection.

There’s a 17 choice list for exporting a version of the worked on file. Be sure to check Aperture > Presets > Export and set the dpi or it will be processed at the default 72dpi, one rooky mistake and an afternoon of work gone. The editorial client I was submitting to would not have been pleased. I turn off the radio and barely detect noise as the 64-bit processing on Intel Core 2 duo-based system running Mac OS X Snow Leopard goes to work processing the files.

Images mean nothing unless people see them. A photographer without an audience doesn’t exist. Fortunately Ap3 has enough quick ways to share your images and satisfy even the most combustible of egos. The omnipotent Facebook & Flickr are a constant corner of the eye screen presence waiting to be sated. For the more patient there’s the bookstore with a myriad of combinations to explore. I also had great fun with the multimedia presentation system where you can combine music, voiceover and location audio controlling the pace of your slideshow with the tap of a finger.

With the 27-inch iMac size does matter and what you do with it. Every inch is there to be taken advantage of and Aperture recognises this and gives your image every opportunity to access all four corners with minimum fuss. The combination has worked. This Pro is pleased. At the moment I’m in the moment and reluctant to return to my usual operating system. Is it he Ultimate Digital Darkroom combination? It’s pretty close. Time will make that judgement.

Talking of which, nearly time for the return of the Mac. The hand ticks round. The inevitable knock at the door draws near. Like the perfect escort, Mistress Mac’s performance has been impeccable. Working hard when required, discreet when the circumstance demanded, paying attention to detail and always looking immaculate. I caress the edges, run my finger over the DVD and SD orifice, finger the 4 USB hubs & 1 Firewire 800 connection, take one last look into the seductive vibrancy of that sumptuous interface, send any incriminating evidence of our dalliance to the trash and click shut down. It’s time to put the Mac in the box. 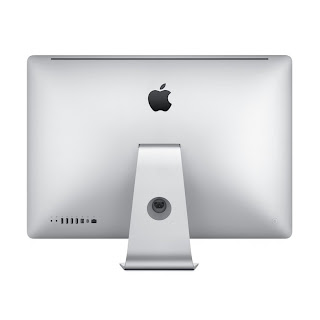