I haven't Faith in the religious sense. Perhaps if I did I'd have avoided some troubles. I like the idea of Faith and was keen to find out if it exists. It does, approximately 130 miles north of Rapid City, South Dakota, USA. Faith - population 548, childhood town of Cathy Bach aka 'Daisey Duke' from TV's Dukes of Hazard and home to 'Sue', the finest find of a T-Rex skeleton now on display in Chicago. I decided I must find Faith. 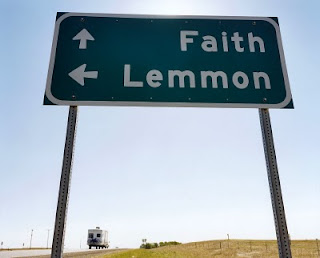 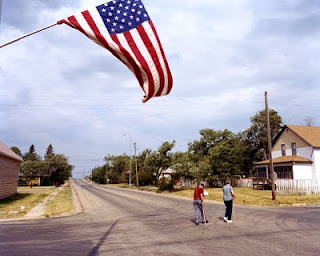 The motto of South Dakota reads, 'Under God the People Rule', however, the people of Faith believe that here, under God the weather rules. When I arrive the town is experiencing a crippling drought, the worst mayor Glen Haines has seen during his 53 years. The weather has had serious implications for Faith and the terrorist events of 9/11 seem detached and distant. Gilbert Jones, the only barber for 100 miles recalls the very real problems growing up in Faith in the "dirty 30's", he recalls the plagues of grasshoppers that blacked out the sun in 1936 and the absence of electricity until 1954. 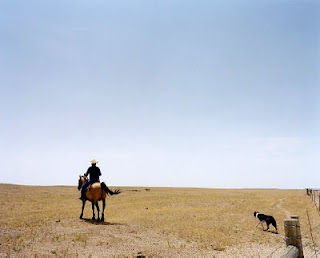 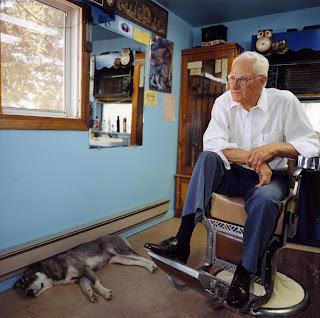 The American Way seems to be flourishing in Faith. You're not a stranger here just a friend they haven't met. The feeling of community is strong as no-one is immune from catastrophe. Sitting in Faith's 'Lone Tree Bar' I meet Tim. Tim has had 6 children 4 of which have died. On June 9th 1972, 2 of Tim's children were swept from his arms during a flood in South Texas. In 2002 on the same date a son dies from organ failure. I mention I was married on that date. Tim is convinced I am an angel sent to comfort him. I accept his blessing, thanks and 11 beers. 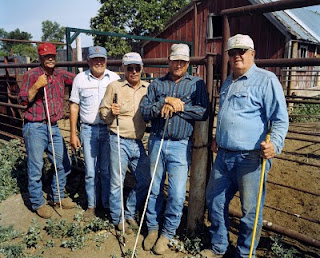 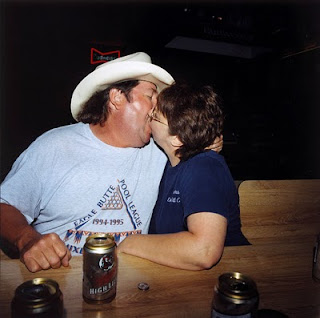 Terry Botjen, local Pastor of the Faith Christian centre knew I was coming. Our meeting at 'Kris's Drive Inn', one of only 3 places to eat, was no accident. Terry is also a lightening quick artist and offers to demonstrate by painting onto a mirror a religious landscape. Terry is so hot for God he can feel his power dripping from him as he paints. Terry claims by passing one of his paintings people have experienced the healing power of God. I have to leave the painting he gives me behind as unsure whether to declare the healing power of God on my return through UK customs. 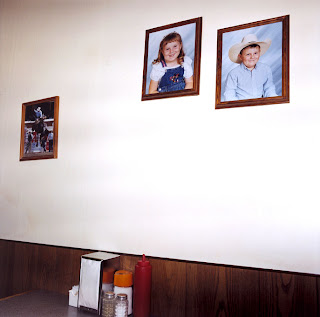 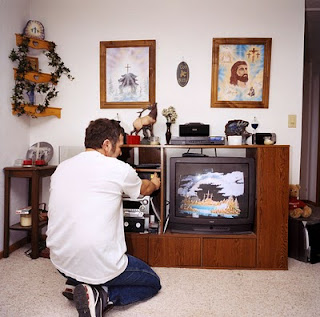 When the Milwaukee Railroad reached the end of the line Faith was established. Although named after one of the railroad president's daughters, the townsfolk have adopted the name in earnest. 6 churches serve the community including Lutheran, Methodist, Catholic and Christian with something for the Mormons planned soon. The people of Faith are proud of the balloon bursting, diving and water-melon eating 4th of July competitions. They would have been proud of the fireworks except in this time of drought they were a fire hazard. The residents of Faith will not worry as the inscription on the edge of highway 212 is optimistic - NEXT YEAR WILL BE BETTER. 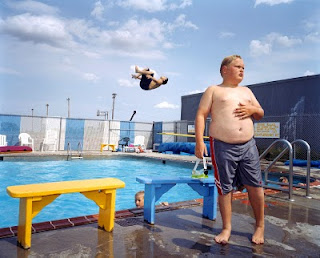 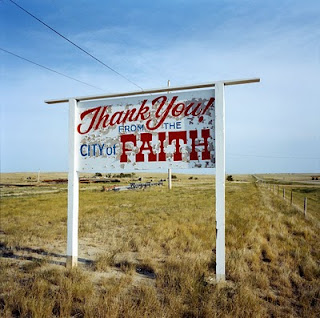