In Conversation With Laura Pannack

Laura Pannack likes to walk. Disembarking the train from London Fenchurch Street at Southend Central, we walk west along Southend-on-Sea promenade and we walk east along Southend promenade. We walk through what Laura calls a “savagely disappointing residential area” and among savage looking bare-chested young men walking their dogs along Southend High Street. We walk past families in matching pink tops eating Jammie Dodger biscuits and dodge among myriad wheelchairs bearing their wheezy occupants. We walk to Southend Pier and we walk along Southend Pier; extending 1.34 miles (2.16 km) into the Thames Estuary, it is the longest pleasure pier in the world. It is also the most savagely disappointing pier in the world. You have to pay to step onto Southend Pier but can’t step onto it with your pet dog. There is no bandstand at the end of Southend Pier; no arcade at the end of Southend pier; no overpriced rides; no teenage girls being fingered, not even a head-through-the-hole amusing photo opportunity. You can, however, ‘adopt a plank’ on Southend Pier. We stop walking and board a train for the return 1.34 miles; there is no buffet bar on the train. 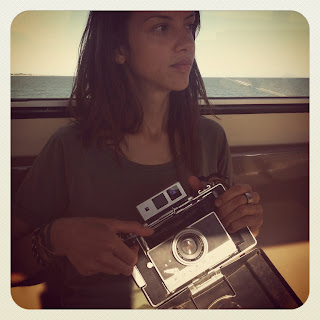 I had heard about Laura Pannack well before I first met Laura Pannack; they were tales of a ferociously determined young photographer. I first clapped eyes on Pannack at the 2011 Visa Pour l’Image International Festival of Photojournalism hosted annually in the town of Perpignan, France. A colleague I was sat with at the popular Café de la Poste flicked a finger over my shoulder flecking me with remnants of his croque monsieur: “Laura Pannack’s arrived, it’s officially a festival.” The hairs on my neck prickled to attention as I spun around. “Where!? Behind the sweet-petite-tousled haired brunette with neat eyebrows and glowing skin, wearing dark shorts, sunglasses, cute white cardigan and holding a black shoulder bag?” I inquired. “IT IS THE WOMAN IN THE WHITE CARDIGAN!!!” I swivelled around and retreated into my Aperol Spritz.

Laura Pannack likes to talk. To be fair, she asks better questions than I do but, to be fair, I’m too tired to talk after all the walking and I’m carrying half her kit on account of her arm being broken while roller-blading on her birthday. She talks of originally wanting to be a conflict photographer after watching the James Nachtwey film War Photographer on DVD. She talks of being elated after meeting famed photographer Eugene Richards in Amsterdam and deflated by another when they refused her access to shadow them on a photoshoot. She talks of getting her face painted as a tiger with her then-partner on her last visit to Southend. She talks of trauma and protecting herself from pain by surrounding herself with people she can trust. She talks of influential photographers Sally Mann, Esther Teichmann, Joakim Eskildsen, Gregory Crewsdon, Man Ray and her mentor Simon Roberts.

She talks about her South African-born father, the photographer Paul Pannack, (also a keen rock climber and martial arts enthusiast), who counted Duffy among his friends and shared a darkroom with David Bailey. The young Pannack used to enthusiastically tip trays in her father’s darkroom at the bottom of the garden and spent many adventurous weekends hanging out with him in eclectic studios. Pannack was seven years old when her father split with her Jewish mother. Born in Surrey–  “an isolated bubble of nothingness” – Pannack attended Tolworth Girls’ School where the often cruel playground environment stiffened her resolve to succeed. Like many young families, family Pannack occasionally struggled and struggled through; if payday was still a few days away, she would be served ‘mother’s surprise’ to eat, a boiled egg wrapped in minced meat with a side serving of an “amazing tomato sauce.” When there was no mother’s surprise, she was taken with her younger sister to munch on corn cobs at Garson farm, falling sick after one visit when she ate a whole cucumber and on another, after consuming too many gooseberries. 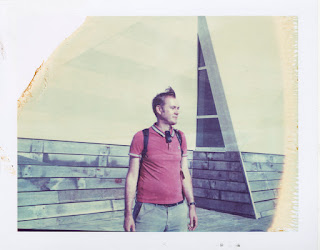 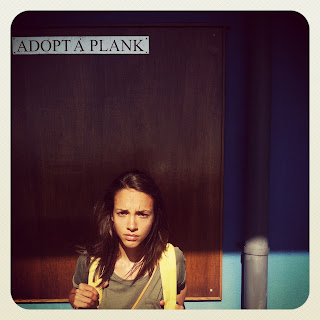 Laura Pannack likes to take pictures. As we probe the streets of Southend, Pannack drops from my vision with the efficiency of Fenella Fellorick the Kettle Witch, popping up amongst the mobility scooters that crisscross this seaside Wheelie World, returning with a subject for her lens. She coaxes over red-haired Alex to be photographed – she’s wearing a red hooded top – and asks me to step in and face Alex: “Closer.” Alex smells Body Shop-scrubbed (I think it’s dewberry juice). “Closer.” Alex is listening to energetic youth music on her iPod. “Closer.” Alex has a pimple on her left ear, CLICK! Two Justin Bieber look-a-likes (Beliebers?) look on with amusement. Being photographed by Pannack I feel vulnerable, alone, manipulated yet strangely compliant. Alex calmly departs without seeking an explanation of what has just transpired or receiving one although generally Pannack likes to chat with her subjects and thinks it selfish not to. On Southend seafront, Pannack pings taut and moves towards another red-haired girl (perhaps she is hoping to nail her next Taylor Wessing Photographic Portrait Prize submission). Grace is a soft skinned, plump, sulky-looking teenager wearing a light pink playsuit and clutching a mobile phone. I don’t know what Pannack says when approaching her but I’m sure it’s said in a way that only Pannack can say it; the pink play-suited teenager, hoping to study for a BTECH National Diploma in Science, playfully swings her left foot as the Kodak Portra 160 reels steadily forward through Pannack’s Hasselblad.

We pause for more talk over lunch at the Waterfront Cafe that has no view of the water; Pannack winkingly manoeuvres the salt shaker in front of me and suggests a portrait. She can’t remember the last time she took a picture she liked but her pictures have been liked enough to take her far. She has shot for the Guardian, Sunday Times and Telegraph magazines among many others; won and been shortlisted for several awards including The Sony World Photography Awards, The Magenta foundation and Lucies IPA. She was recently awarded the Vic Odden by The Royal Photographic Society for ‘a notable achievement in the art of photography by a British photographer aged 35 or under’; she has many years left to be notable again. In 2009, Pannack received first prize in the Portrait Singles category of the World Press Photo awards for a portrait of recovering anorexic, Graham. Graham was photographed using natural light against a light blue wall in his bedroom, the winning shutter-shot deployed during a shared moment of silence as Graham reflected on his illness. It’s this shared emotion of silence that is key to Pannack’s most successful photographs and projects (that or the deployment of a salt shaker in many of her photographs, overridingly though, I think it’s the shared emotion of silence). Young British Naturists, Young Love, The Walks… all of these projects are deafeningly silent but have taken a lot of chatter to achieve. Her current project on a tight-knit community is around three years in the making, averaging just over one picture a year. Pannack is undeterred, a firm believer that “time, trust and understanding is the key to portraying subjects truthfully.” 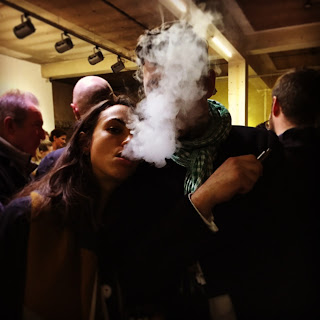 Waiting for the return train home, I crack open a can of Strongbow cider, Pannack swigs back from a bottle of Pinot Grigio, peels open the pack of nude playing cards purchased from a Southend joke shop and gently asks: “What have you learnt about me today, Dench?” I know what this is, this is one of those shared moments of silence, of reflection, of emotion. I think about the powerful photograph she took of Shay smoking a cigarette from a car window on a day out with the teenager. “WHAT HAVE YOU LEARNT ABOUT ME TODAY, DENCH!” Oh! It wasn’t a shared moment of silence and reflection. I’ve learnt that I prefer it when Pannack smiles and those smiles have to be earned. Arriving back among the city suits drinking pints of Peroni in low-level Fenchurch Street sunshine, we say goodbye, I hesitate at Tower Hill underground train station, pull out my own camera and pull on tight my rucksack and decide, that today, it’s better to walk.

A version of this article first appeared in the book - THE DENCH DOZEN: Great Britons of Photography Vol. 1 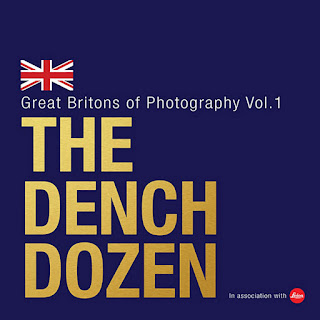